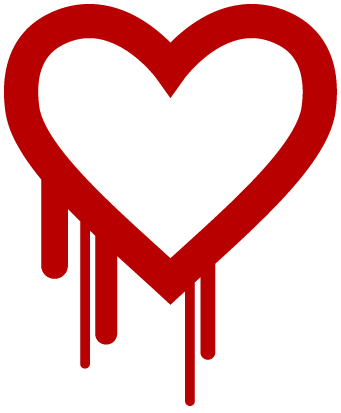 So what’s all this about the Heart Bleed bug that everyone’s talking about?

The Heart Bleed bug is a bug accidentally written into the OpenSSL encryption software used by a huge number of website to establish and maintain secure connections between computers.  The bug allows hackers to send a fake packet of data as a “heartbeat” which tricks the receiving computer to send data from its memory back to the hacker.  The hacker can repeatedly send fake “heartbeats” and build up a record of more and more memory from the computer that has been “tricked”.

Yep.  Pretty bad.  Especially as there’s no way to see whether any of your data has already been stolen or not.

How do we fix it?

Most of the fixes need to be done by the people running the affected servers.  However, there are some things that you can do: